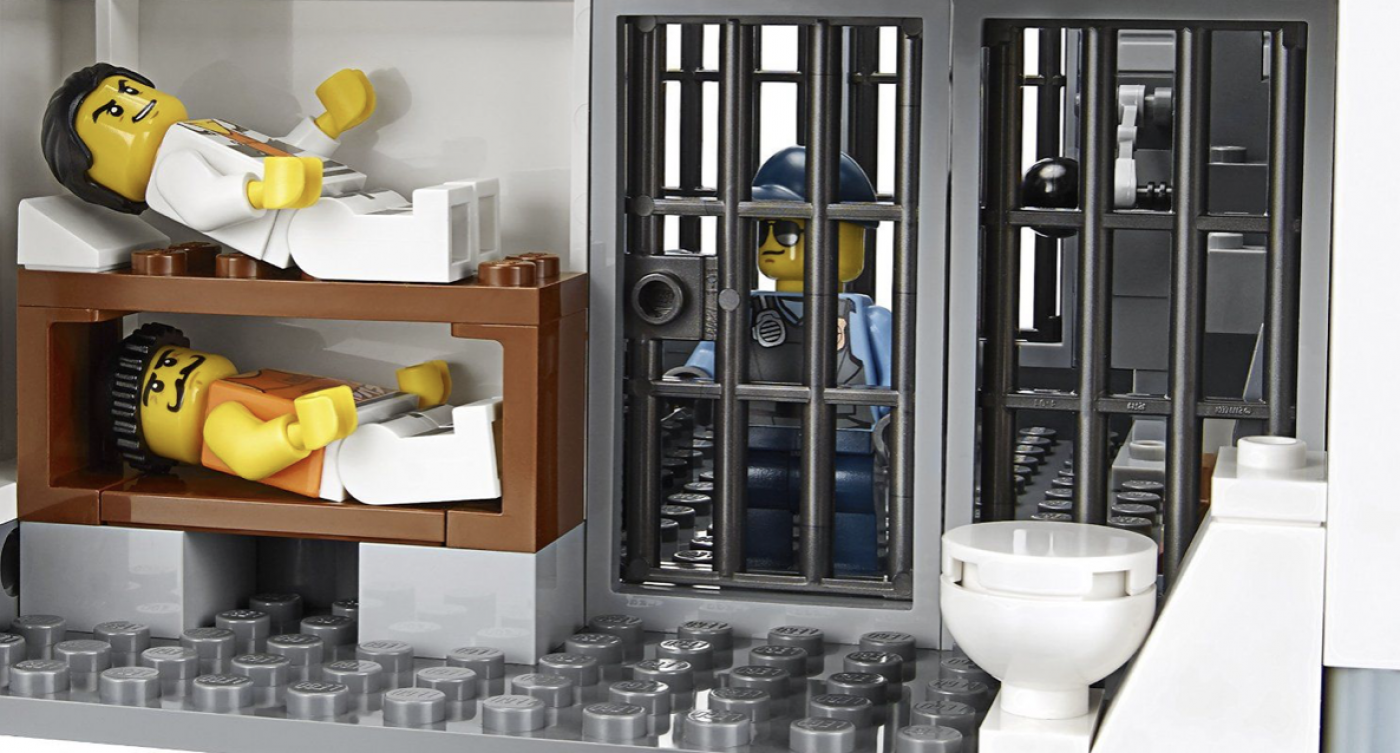 Diplomatic assurances, as used in the context of the transfer of a person from one State to another, refer to an undertaking by the receiving State to the effect that the person concerned will be treated in accordance with conditions set by the sending State or, more generally, in keeping with its human rights obligations under international law.

Reliance on diplomatic assurances has been a longstanding practice in extradition relations between States, where they serve the purpose of enabling the requested State to extradite without thereby acting in breach of its obligations under applicable human rights treaties, national – including constitutional – law, and/or provisions in extradition law which would otherwise preclude the surrender of the individual concerned (see article about diplomatic assurances).

We cannot avoid to notice the fact that who has systematically [1] and for decades violated basic rights of hundreds (thousands) of detainees now claims .. to be believed when it assures the compliance to art. 3 ECHR [2], or: "..it is plain wrong to subject anyone to the risk of torture on the basis of an even less solemn undertaking to make an exception in an individual case" (Mr Thomas Hammarberg, former Commissioner of Human Rights of the Council of Europe quoted in our article about diplomatic assurances).

However, Italian diplomatic assurances are (sadly) not enough in order to guarantee thatsome won’t be effectively subject to an inhuman and degrading treatment in case of surrender because of Italian prison conditions, regarding to the principles stated by the Court of Justice of the European Union (CJEU).

Usually, they read as follows: "“at present all the Italian penitentiary institutions do comply with the provisions of Article 3 of the European Convention on Human Rights based of the interpretation by the ECtHR, as reiterated on 5 June 2014 by the Committee of Ministers of the Council of Europe […] Please be assured that if NAME is surrendered, he will not risk being exposed to any inhuman or degrading treatment pursuant to Article 4 of the Charter of Fundamental Rights of the European Union, and that the prison where he is going to serve his pre-trial custody will be specified as soon as a decision is made on the procedure for his surrender to Italy”.

In particular, the indication of the specific prison in which the requested person would be detained is massively important: without this information, the State of execution wouldn’t be able to verify if the requested person would concretely and effectively be subjected to a risk of inhuman or degrading treatment in case of surrender, and so the principles stated by CJEU would be totally ineffective.

Moreover: to state that “all the Italian penitentiary institutions do comply with the provisions of Article 3 of the European Convention on Human Rights”, it’s false and misleading information, denied by some objective data.

It’s certainly true that, after the “Torreggiani” case, Italy undertook several reforms to decongest its prisons, reforms that have been commended by the Committee of Ministers of the Council of Europe in its decision of 5 June 2014, mentioned by Italian Minister of Justice in its diplomatic assurances: however, it’s also true and undeniable that from 2016 the number of detained people in Italian prisons started to rise again (not to mention police brutality against prisoners; see Extradition to Italy).

Specifically, the number of inmates in Italian prisons increased as follows:

The overcrowding is an endemic problem of Italian prisons: as of February 29th, there were 61,230 detainees for 50,931 available places (120.2% occupancy rate) [3]: however, it could be estimated a rate of 130%, keeping into account unavailable places in some prisons because of closed sections or renovation works. This means that within the last three years, there has been an increase in the prison population of almost 10,000 people, which corresponds to a 17.3% augmentation, while the official capacity of the penitentiary institutes has merely been increased of 1,339 places (+2.7%) [4].

Moreover, the last report [5] made on the 21 January 2020 by the Committee for the Prevention of Torture and Inhuman or Degrading Treatment or Punishment of the Council of Europe (CPT) regarding Italian prisons cleared that overcrowding is still an endemic and serious problem of Italian prisons.

“Don’t trust the person who has broken faith once.”  William Shakespeare

Specifically, CTP said that “At the time of the 2019 visit approximately 13,800 inmates were accommodated in cells which provided between 3 and 4 m2 of living space per inmate (see paragraph 22). It is to be recalled that in the CPT’s view the minimum living space offered to inmates should amount to at least 4 m2 in multiple-occupancy cells, excluding the sanitary annex. The CPT recommends that the Italian authorities take action to ensure that all prisoners are provided with at least 4 m2 in multiple-occupancy cells; the Italian authorities should nonetheless strive to comply with the national minimum standard set forth in its legislation. Further, rigorous action is required to bring the prison population down below the number of places available within the prison estate and to put an end to overcrowding. In this respect, emphasis should be placed on the full range of non-custodial measures capable of providing judicial supervision during the period preceding the imposition of a sentence, as well as on measures to accelerate a prisoner's release, including through supervisory means tailored, inter alia, to the prisoner's personality and the nature of the sentence” (page 9).

In fact, regarding to the principles stated by European Court of Human Rights, it’s fundamental to look at the concrete and precise conditions in which the person would be detained in order to understand if there is a risk of inhuman or degrading treatment.

According to the European Court of Human Rights the violation of article 3 of the Convention must always be verified referring to the CONCRETE and SPECIFIC conditions of every inmate: so, it’s fundamental to know in which prison the EAW requested person would be detained, and more, in which prison cell, because – even in the same prison – one cell could be different than another.

Those principles were implemented by CJEU referring to European Arrest Warrant in the “Aranyosi – Căldăraru” and “Dorobantu” judgments: in fact, the Court stated that the State of execution must verify “specifically and precisely”, referring to “the conditions of detention in the prisons in which, according to the information available to them, it is actually intended that the person concerned will be detained”.

Italian prisons simply do not guarantee a minimum space of 3 m2 of floor surface / inmate.

In fact, regarding to Antigone Association data (please note that this isn’t a complete list):

Napoli prison “Poggioreale” could host 1.571 inmates but there are 2.026 inmates, and so the prison is 128,9% overcrowded and a minimum space of 3 m2 of floor surface it’s not guaranteed for every inmate[7];

Moreover, the diplomatic assurances have to they don’t even mention the COVID-19 diffusion in Italian prisons, in spite of the undeniable gravity and seriousness of that problem.

It’s clear that lacking of an adequate personal space causes the impossibility of remaining at least at one meter of distance from any other people, with consequent spreading of the COVID-19 infection. Furthermore, there weren’t enough PPE (especially face masks) for all the inmates (and also for the Penitentiary Police).

At the start of the pandemic (March 2020), Italy adopted some legislative measures [15], like prohibiting the access in Prison of inmate’s relatives, suspending the physical participation of inmates in the hearings, that’s been replaced by remote participation, "recommending" to limit the permits and exits of inmates, and isolating all the "new arrivals" if symptomatic.

The only legislative measure, between those adopted in March 2020, that was supposed to reduce the number of inmates in Prisons, was a little extension of the possibility to serve the sentence in house detention regime: however, that extension concerned a very small number of inmates.

In fact, it’s been calculated that, despite the releases due to the legislative measures adopted in March 2020, Italian Prisons were still overcrowded: at the date of 24 April 2020, Italian inmates were 53.658, despite Prisons could host only 50.931 people[16].

Regarding to official data of Italian Department of Prison Administration (Minister of Justice), by now there are 958 inmates, 810 police officers and 72 other operators that have been tested COVID-positive (total: 1.840 people).

The escalation of the pandemic in prisons is very quick: in 5 weeks there’s been an increasement of approximately 535% of the COVID-positive people in prisons[17].

One last remark: in a very recent extradition from Switzerland (regulated by the European Convention of extradition 1957) of November 27th, the defendant S.I. has been immediately put in solitary confinement because of the serious risk of infection in the Italian prison facility. The supplementary information form the Italian government .. does not mention COVID19 risk for detainees at all.

In order to understand the seriousness and weight of the COVID-emergency in Italian Prisons, it’s useful to know that, since the end of November, many people between politicians, journalists, writers, criminal lawyers and – of course – the inmates themselves all over Italy, have started a hunger strike[18], in order to protest against the overcrowding in Italian prisons and the related spreading of COVID-19, due to the supra mentioned quick escalation of the pandemic, claiming new legislative measures in order to reduce the number of inmates and so prevent the endemic overcrowding of Italian prisons. However, it’s now almost certain that Italian Government won’t adopt any measure in order to resolve those problems[19].

[10] I wonder if the Italian Ministry of Justice knows, for example, Italian Supreme Court case law re inhuman treatment. On November 30th, for example, same High Court reversed a lower courts decision explains that the space in the cell has to be calculated excluding the space occupied by unmovable furniture .. a long way is still to go, after 7 years of torreggiani https://canestrinilex.com/risorse/cella-piccola-trattamento-inumano-se-cass/.

[11] The legislative measures adopted by Italian Government in order to fight COVID-19 determined a little decrease of the inmates in Italian prisons, but still not enough to face overcrowding issues, as we’ll see just infra.

[13] Report to the Italian Government on the visit to Italy carried out by the European Committee for the Prevention of Torture and Inhuman or Degrading Treatment or Punishment (CPT) from 12 to 22 March 2019 - Strasbourg, 21 January 2020, available at this link: https://rm.coe.int/16809986b4, and also attached.

[15] Italian legislative measures regarding Prisons adopted at the beginning of COVID-19 pandemic were as follows (in a chronological order):

[17] All the data regarding to COVID-positive people in Italian Prisons are taken from the official website of Italian Department of Prison Administration (Minister of Justice): https://www.giustizia.it/giustizia/it/mg_2_27.page.

[19] Carceri, tutti i numeri del contagio: il Covid corre più veloce del Parlamento – la Repubblica, 30 November 2020 – in which it’s cleared that there’s no hope for an implementation of those measures that can reduce the number of inmates in Italian prisons. Link: https://www.repubblica.it/politica/2020/11/30/news/carceri-276434281/.

[20] All data about Bergamo prison are taken from “Antigone” report: https://www.antigone.it/osservatorio_detenzione/lombardia/190-casa-circondariale-di-bergamo.